Recently, I felt sadness for a complete stranger. Maybe it was timing more than anything else. Perhaps I was unusually fragile that day. Or maybe it was purely selfish, having suddenly realized I had missed an opportunity to learn all I could from one member of a truly important generation. No matter the reason, empathy had hit me hard.

As I’ve had more time to reflect, I find myself wondering if the importance of those who came before us has been lost on my generation and even more so on the generation who follows me. I’m terribly afraid that we’ve taken the wisdom of those who preceded us for granted, brushing them off as old, out of touch or unreasonably sad and angry. Had I capitalized on all of the free life lessons that came directly from real life experiences? Just how many of these opportunities had I missed? And why had I not questioned myself until now?

Prior to this awakening, I would have undeniably omitted myself from falling into the category with those who didn’t think twice about this – with those who cared more about their own life than the lives of those who helped shape it. But now, I wonder if their significance has been lost on me as well.

Let’s back up. Last year, I started volunteering with the organization Meals on Wheels. I had seen the TV commercial many times and figured that I was plenty capable of “dropping off a hot meal and saying a quick hello” but after just a few deliveries, I learned that it was so much more than that.

Combating senior hunger (initiated through the loss of independence due to declining health) may be the foundation of this organization but combating other forms of hunger – hunger for companionship, for conversation, for friendship, for love – those are what continue to drive it. It truly is about “taking care of those, who once took care of us”.

For me, the experience has been priceless. I have some humorous stories that I could entertain you with. I’ve seen and heard a lot, some of which is forever burned in my mind, including moments like the following:

I’ve certainly gathered a strange combination of happy and sad. I’ve listened to many “woe is me” narratives and truly feel I’ve been witness to deep depression onset by old age. I’ve had a quick glimpse into the life we don’t consider when we’re praying for a longer one. We don’t fully understand what is connected to such a wish. We don’t realize that we’re asking for a life that could be full of insurmountable odds – a life that may be pretty darn sad and lonely.

I quickly learned that behind many closed doors lies physical and emotional pain. There is sickness and loneliness. I was shown a clear picture of loss of life within life. Many of these people sit under their own dark cloud in secret until forced to open the door and then they either hide that sadness and pain or display it in plain sight.

I promise it’s not all sad. I’ve seen the opposite end of the spectrum, too. Some client’s are content or seemingly happy enough and they all have been grateful and kind. Some still have their companion or at least someone who helps them maintain the “pep” in their step and love in their heart. But many don’t and on this particular day, I realized that we all have someone, until we don’t.

That day, an unfamiliar face opened a familiar door. She was a somber faced woman, dressed in black. “We’ll be cutting down to one meal. Did they tell you?” At first, this didn’t strike me as strange. I had always secretly wondered if the man who lived there had requested two meals just for himself. Today, I was ashamed of my assumption, which usually made me secretly smirk. As strangers, we sometimes do that. We imagine other people’s lives. We wonder. We speculate. But seldom do we put in the effort to seek out the truth or learn a stranger’s story. I wish I had asked. I wish I had asked where his wife was every time I did the drop off. He would have likely told me, “She is sick in bed.” Instead, today his niece told me that she had died. I’d been to her home countless times and never knew she was there.

In that single moment I was harshly reminded of my real duty. It wasn’t just to feed. It was to care. Bringing this newly widowed man food wasn’t going to heal his heartbreak, his sadness or his loneliness but maybe our next conversation or the one after that, would.

Food is important. It’s a basic human need but it’s not the only thing that feeds the body and it won’t feed someone forever. Stranger’s stories are just as important as mine. These bodies and souls were once like me, and one day, I may be just like them. They paved my path, your path. They saw things I may never see in my lifetime – some of which I’ll yearn to, other’s which I pray I’ll never have to.

So the next time you cross paths with an elder, stop to ask them how they are. Ask them where they’re going. But please, ask them where they’ve been. One day, you may be them. They (I) may not tell you they are (I am) sad and lonely and would like to talk but I promise you, they (I) do. 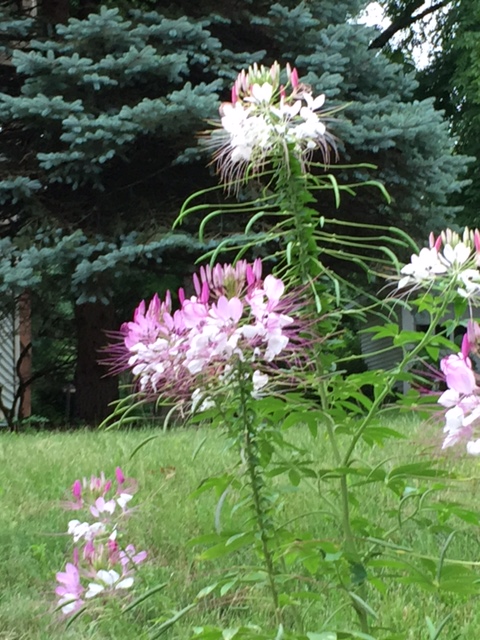 How many thoughts pass through your mind in a single day? How many times do you find yourself paralyzed by doubt and uncertainty? For me, the answer to both of those questions is, “too many”.

I would categorize myself as a self-doubter, an over-thinker. I have always struggled with indecision. It’s plagued me since I can remember – always fearing that I would make the wrong choice and once I made one, I would torment myself by questioning my decision.

I’ve read that sometimes uncertainty can be beneficial. A certain amount of self-doubt is healthy and can serve us well. It generates questions that force us to review all options, from all angles and this close examination places pressure on us to make the best decision.

But if you’re like me, self-doubt can become debilitating. Over the years, I’ve come to recognize my own disabling, self-scrutinizing patterns. Options and “what if’s” are my greatest adversaries and create a lot of mental resistance. And it’s not just having to choose between A or B, it’s my internal debate of wondering if I’m good enough, smart enough or capable. It’s wondering what others may think. At times, I agonize over the little things, making mountains out of molehills (as my mom would say), putting me at capacity both mentally and physically. It can be exhausting.

I know I am not alone. We all question ourselves from time to time. We all lack confidence, once in a while. We all fill our minds with trivial, negative thoughts. It’s human nature. But we need to remember that our minds and bodies can only handle so much. Our fears, coupled with constantly overflowing thoughts, can stop us from accomplishing what we want. They can and will interfere with our happiness and personal sense of freedom.

When I’m lacking confidence or questioning a decision, my dad always asks, “Did you do your best?” When I’m grumbling to him about being stressed, he asks, “Is stress real?” Those are such simple questions but they are not asked as such. To him, they are rhetorical. He knows I always do my best and in regards to stress, he believes if you cannot touch or see something, it does not exist. One can argue the latter, however his point is that stress does not exist on its own. It’s something we create. Either way, both questions fulfill the purpose of reminding me that my worry and negative thinking, is needless. They are two simple reminders that have a profound effect on me. They provide me with the reassurance I need to clear my mind and move on. In reflecting on this, I wonder…can it be that simple? Is it that simple?

In keeping on the topic of my dad…he gave me a book years ago – The Four Agreements: A Practical Guide to Personal Freedom, by Miguel Ruiz. As I recall, it was during a time when I was (surprise, surprise) hounded by worry and “stress” (which I have placed in quotes because remember, it does not exist). For a relatively “quick read”, its message is powerful. Ruiz alludes to domestication (learned behavior) being the main detriment to our “journey towards spiritual transcendence” or more simply put, freedom, love and happiness. It sounds complicated but post-read, it will make all the sense in the world. It will encourage you to pause and re-evaluate your habits and priorities in order to live a life devoid of stress, worry, gossip, anger, self-abuse and anything else that holds you back. After I finished the book, I memorized its four principles (supposedly derived from ancient Toltec wisdom) and vowed to apply them to my daily life. It’s obvious, however, (in writing this) that I forget to refer to them from time to time.

Although up until this point I have lacked in my commitment to them, I strongly believe that practicing these principles can help remove much of the doubt and uncertainty we face on a daily basis. If we use them as a guide to living, it’s possible to achieve the confidence that is required to uncover peace of mind and move forward with conviction.

It’s best to read The Four Agreements in its entirety for extra guidance and context but its four main principles can and should be learned and applied without delay.

I present them here;

Even when advised against it, we remain our own greatest critic but if we can retrain our minds to minimize our negative thoughts by way of this advice, we will be one step closer to personal freedom and true happiness.

*Relatable song of the moment: Heavy by Linkin Park